The Caballos hotel in the heart of Hanoi 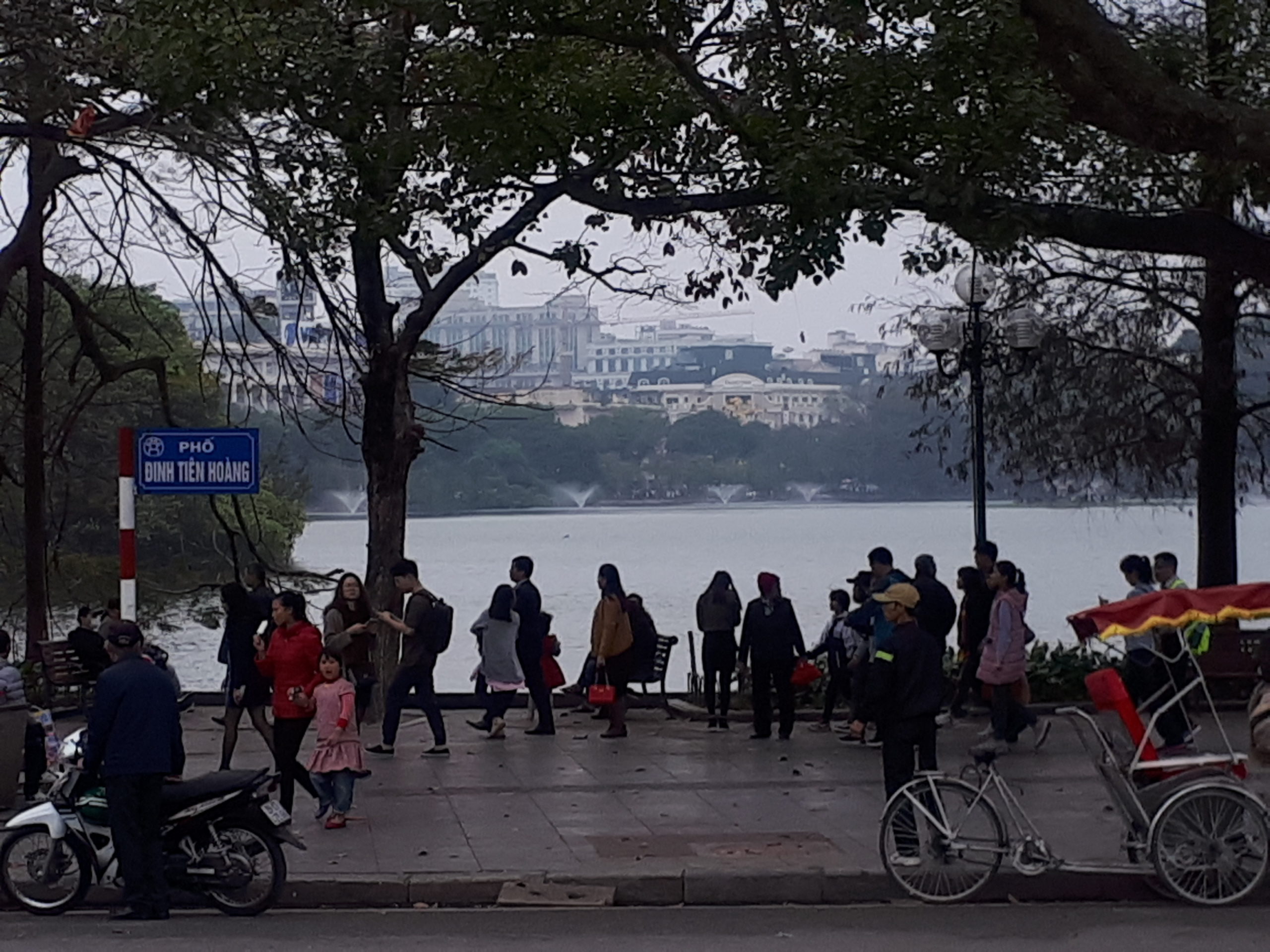 We are received by a young man who will tell us later that he is in his thirties and that he is called Man. But I have long noticed that he is a young John Lone. The Hong Kong actor who, as far as I am concerned, mainly caused a furore in the 1980s film Year of the Dragon. Opposite Mickey Rourke, who still had a ‘face’ at the time. And while I’m at it… I remember a nice anecdote about Mickey Rourke from the time when he played the role of Henry Chinanski in the movie Barfly. Chinanski is the alter ego of underground author Charles Bukowski. At the time, Rourke was world famous and rich in treasure. Life was smiling at him. But at the same time he was immensely fascinated by the underbelly of society. The place where Buklowski had dangled until the age of fifty-three and which he was now leaving in an upward direction thanks to the success of his books. The author therefore did not understand the actor’s predilection for the world of “bums, thieves, murderers and other bastards”. He seems to have said to Rourke: ‘You swim in the dough, you fuck the tastiest girls and you drink the best wines. Not the mess I’ve had to drink all my life. Why on earth would you long for a life in that misery? Believe me, I’ve spent my whole life there and it is no fun at all.’

Okay, back to John Lone. Sorry, I mean Man, of course. The building that houses the Caballos hotel is a five-storey pipe drawer. That is the traditional way of building in Hanoi. According to the books, it’s because of taxes. The same reason why they never finish their buildings in Greece. But according to a guide we speak later on this trip, it has to do with the land that a family owns. By building narrow, they can provide more sons with a home.

For most westerners, the Caballos hotel will make a messy and somewhat run-down impression. But Belle and I feel right at home. Especially because owner Man is a sweet, nice and very attentive man. He sometimes goes very far in his helpfulness. For example, he always insists on carrying all four of our backpacks up and down five floors on his own. And no matter what Belle and I try, he can’t be put off.
The funny thing about the Caballos hotel is that it has two names. Next to Caballos it is called Alibaba Hotel & Travel. We ask Man about it. It would have something to do with the name under which tourists know the hotel. It is not entirely clear, but hey this is Vietnam. That’s how things go here sometimes.

No problem for Man

In any case, Belle and I have an instant click with Man, whose full name is Doan Man Max. That could be the name of a movie star. I can see it. ‘The Secret Job.’ Starring Mel Gibson, Charlize Theron and Doan Man Max. Actually, Man has all the qualities for a movie star. He’s got the name and the looks. But for now he drinks tea with Belle and me and organizes our trips to Sapa and Ha Long Bay. That’s going to cost us 14,495,000 VD. We make it clear to him that we have to spread the payment. Because we can’t pin that amount all at once. That’s no problem for Man.

At first this seems to be a different story for his employee Minh. Minh is in any case of a completely different caliber than Man. He reminds me of Battery Sergeant-Major Shut-Up in the British comedy ‘It ain’t half hot mum‘.Minh does not talk to you, he hurls the words loudly into your face. In addition, his English choice of words is not always happy. Sometimes it seems like he wants to offend you to the core of your fibers. The first time we meet him, he shouts:
‘ARE YOU GOING TO SAPA AND TO HA LONGBAYI ?!’
‘That is indeed the plan.’
‘AND WHEN DO YOU THINK YOU WILL PAY ?!’
‘We want to do that now. But we have agreed with Man that we will do it in two.’
‘OH SO! AND HOW MUCH ARE YOU PLANNING TO PAY NOW?!’
‘As agreed we pay 10,000,000 VD now and 4,495,000 VD tomorrow.”
‘May I just see your receipt,’ Minh suddenly asks in a normal tone. ‘Then I’ll sign that 10,000,000 for you.’
In short, Minh also turns out to be a cordial guy now – and in the coming days. Typical, but very nice. And I also have to confess honestly: I myself am not exactly the soft-spoken type.